I mentioned in an earlier blog this month, Marie Kondo, the queen of clutter clearing, who advocates minimalism and would have us all organised and tidied up to within an inch of our lives! 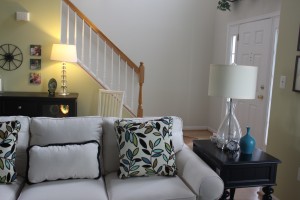 So successful is her unique system of stacking and clearing that she has fast become a cult figure and has a huge Facebook following. Dedicated Kondo fans share before and after pictures of perfect tidiness that act as inspiration to the group.

This put me in mind of one of the funniest books I’ve ever read ‘The World According To Garp’ wherein a group of Ellen James followers, cut out their tongues in protest against what had happened to Ellen James (whose own tongue had been cut out by a man) The dedication of the EJ followers, a cross between activism and insanity was the glue that held them together, as they bonded in a united goal. 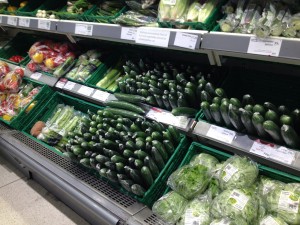 ifferent stacking of cucumbers! I began to wonder if even Waitrose had fallen victim to The World According To Kondo! – her brilliant space saving system suggests stacking most things vertically – and in a moment of activism or was it insanity I wanted to mess up the organised display! I didn’t though because…

fast becoming a Kondo groupie I thought more deeply about the Kondo question, “Does it spark joy”?

Easy enough when you’re holding an old T shirt and asking “do I love it, does  it inspire me?” No? Then bin it. Voila!  But what about relationships, jobs, hobbies?  Can they be pared down and Kondoed?

Stay with me, I’m getting there!

In Who’s Bringing You Down I blogged about the effect that positive and negative people can have in your life and suggested an taking an inventory.

Similarly to Kondo, The Stresshacker’s System says start with the least emotional aspect of your life first (which may vary from person to person)  and in the coming days do this exercise for the following categories of your life:  Work, Hobbies, Health, Finances, Spiritual, Relationships (feel free to add more specific areas).

Make some space to  close your eyes and think about your work.

Does it spark joy?

Does your heart lift when you think about your work? Or does it sink?

Does it seem bright and light when you think about it? Or dark and heavy?

Now take yourself a year into the future and nothing’s changed, think about the same work, maybe the same people, the same way you spend your days, and ask yourself ‘Am I happy?’

If not, what are YOU going to do about that?

When you’re letting something or someone go, don’t feel bad or guilty about it, it’s just had it’s time with you and is ready to be re-energised with someone else.