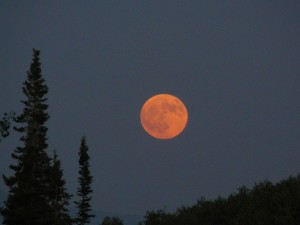 The feminine energy is said to be most creative and intuitive during a full moon.

In days of yore, women were invited out of the tribe to spend their menstruation in a moon lodge. Here they were able to take time out, rest, have their food prepared for them and generally be nurtured during this special time. The need for space and time to ‘be’ were highly respected by both men and women.

After the cycle the women would come back into the tribe and share their insights and wisdom. This might range from something like moving the livestock from one area to another, to exploring the meaning of a powerful dream.

There was a glorious full moon, as I recently boarded a long haul flight home to England. I expected to settle down and enjoy a film. The moon energy had other ideas however. My pen took up like something in a scene from a Harry Potter film and I wrote non-stop for a couple of hours. At the end of this frantic, dare I say channelled writing, I had a brand new hypnosis script for empowering women with assertive skills!

After testing the script out I realised it was just sexist to make this available for women only.

As I know only too well, many men need assertive skills just as much women.

I finished the script by inviting Facebook friends to contribute any phrases they felt would be helpful in being assertive and then incorporated those.

So next time there’s a full moon, sit quietly and allow  insight and inspiration to flow for something you want to create. I’d love to hear your experiences.