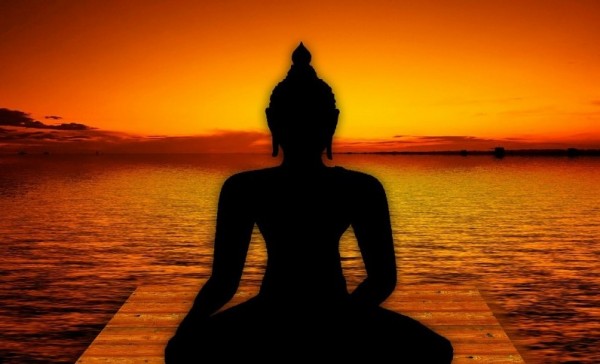 Whether consciously or subconsciously, we often recreate scenarios around us that are familiar. We do this in an effort to feel safe and comfortable.

A while back a client came to see me. The client – let’s call him “Pete” – couldn’t understand why he kept ending up in relationships that always ended the same way.

He’d be happy at first, but then his inner chatter would start to grow and he’d begin building stories based on his negative thoughts. Those thoughts then stimulated unpleasant negative emotions.

Before long he would behave in a way that provokes the very thing he was afraid of: rejection. Once he met someone new, the whole cycle would start again.

Do you find yourself repeating the same things over and over?

In the extreme, we may be driven to consistently select undesirable partners who are unkind and abusive. People will say things like, “He was so nice in the beginning and couldn’t do enough for me; I had no idea he was violent.”

But it doesn’t have to be something so destructive for it to be a pattern. At a more superficial level, you might always go to the same café each morning because you take comfort in seeing the same people and repeating that routine: it’s warm and cosy; safe and familiar. And if it makes you happy, why stop!

We are all subject to the recurring themes and patterns in our lives, which in turn generate thought patterns, emotions and behaviours.

For example, people who are insecure and have a deep-rooted sense of rejection will often find themselves in situations that bear out the very thing they most fear.

For Pete these recurring themes and his fear of rejection were reinforced time and time again. Even when he had clear evidence of the behaviour – a string of failed relationships all playing out in a similar way – he continued to act out in the same manner. He did it even though it was hurting him – because it was familiar.

At a subconscious level people like Pete constantly create dramas to ‘prove’ their beliefs, and there’s a bizarre comfort for them in this. It’s a kind of, “there we are! I knew I was right – nobody loves me” story.

So how do we change our bad patterns?

Even when the person is conscious of their patterns and behaviours and wants to change, it can take a fair amount of mental and emotional discipline to avoid the same mistakes.

If you’re feeling insecure, it is likely that there is a program running in the subconscious mind that says it is not loveable or worthy of being cared for, or deserving.

But how can you change that so you don’t keep repeating yourself? The method is surprisingly simple, but you must put it into action to make it work.

Self-nurturing is the key to breaking these patterns.

Here’s what to do:

Step one: Write down SEVEN ways you can nurture yourself.

It can range from a fundamental: Cook proper warm meals for yourself.

To a more intense: Dump the abusive partner.

Step two: Do them!

It’s taken years for the maladaptive behaviours and patterns to emerge, so there’s a fair bit in there to combat. Be kind and nurturing to yourself, and you can start to address this cycle of negative thoughts and feelings.

Interrupting the pattern is the first step to becoming more positive.

Once you’ve interrupted the cycle, one of the quickest and most painless ways to reprogram your behaviour and change how you think and feel, is with a hypnosis program.

Make a promise to yourself that you will listen a minimum of once a day for at least a month to something positive – and stick to it! Last thing at night drifting off to sleep is an ideal time and requires minimal effort.

Within a month of listening you will notice a huge shift in how you think and feel as you retrain the brain to new patterns, leading to a more relaxed, positive, productive way of being that will affect a change in the way you behave.

Nurturing yourself seems such a simple idea that you may not be convinced. But if you spend time writing a list of nurturing behaviour you do already, you might discover it’s surprisingly short. And remember that “treating” yourself isn’t always the same as “nurturing” yourself.

What do you do to nurture yourself and when was the last time you did it?