Take a walk on the wild side.

In last week’s post I talked about the shadow side of the personality, the place where we store all the aspects of ourselves that we don’t like or that we think might not be approved of. The shadow could be likened to a dark basement that has a ton of ‘stuff’ stored in it. Maybe hidden away right at the back are things that have gone untouched for years, by this I mean parts of ourselves that we’ve banished.

This insightful statement by Swiss Psychiatrist Carl Jung, I’ve certainly found to be true.  If we can take the time to explore the ‘mirror’ and investigate what it is that has pushed our buttons, we are likely to uncover a part of ourselves that we previously pushed into the darkness. By understanding and befriending these parts, we reclaim more of ourselves which leads to more self-acceptance and self-love. 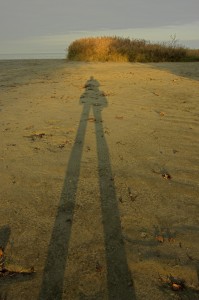 It’s said that 10% of the mind is the conscious, logical, rational part (the short term memory) and the other 90% the shadow side (the long term memory).  If this is true there’s a lot of self-examination to do in order to find more inner peace and a deeper meaning to life.

On her way to a session with me, Hayley was really irritated by someone’s music playing from their earphones whilst on the train.  She ranted  about their lack of consideration, ignorance and stupidity.  Although I agreed in principle, it did seem that her anger was disproportionate to the incident. When I asked Hayley why she didn’t ask the person to turn their volume down a little and explain she was unable to read her kindle because of the intrusion. She didn’t know what stopped her from making that reasonable request and being more assertive.

When exploring her feelings of anger, Hayley instantly connected with the memory of a teenage part of her who was listening to music in her bedroom one evening, when suddenly her mother burst angrily into her room shouting at her to turn down her loud music. She told me her mother continued to remonstrate her for her thoughtlessness and lack of consideration for the other members of her household.

Triggered by the loud music on the train, the teenage part of Hayley felt angry, indignant and jealous that her fellow commuter could play his music without a concern while she had always felt inhibited and unable to listen to her music in a public area and even at home, she always had the volume turned really low.

Hayley was able to see her ‘projection’ onto the music playing passenger and some sessions later mentioned in passing that she no longer seemed bothered by other people’s music on the train.

She had reclaimed a small part of herself and gained some mastery over her emotional self.

So the next time someone ‘pushes your buttons’ try this exercise.

Close your eyes and go straight to that feeling and ask yourself “How old is the part of me that feels this way.” Go with your first answer. Ask the same kind of questions that you might of a friend who is asking for your support, such as, “why do you think you feel like that” Or “where are you and what’s happening the first time you feel like this. Use your common sense to have a chat with that part. You can ask, what this part wants or needs in order to feel better and then run an imaginary rescue/healing scenario to attend to the needs of that part.

When we shine the torchlight of self-enquiry into that dark basement and it settles on an aspect that we chose to bring out into the light. There’s a shift, an instant enlightenment and as a result a small part of the whole, feels better.

Want to be more assertive? Listen regularly to Assertive Empowerment Now. Also check out the Guide To Being Human and enjoy!

1 thought on “WHO’S GETTING ON YOUR NERVES?”