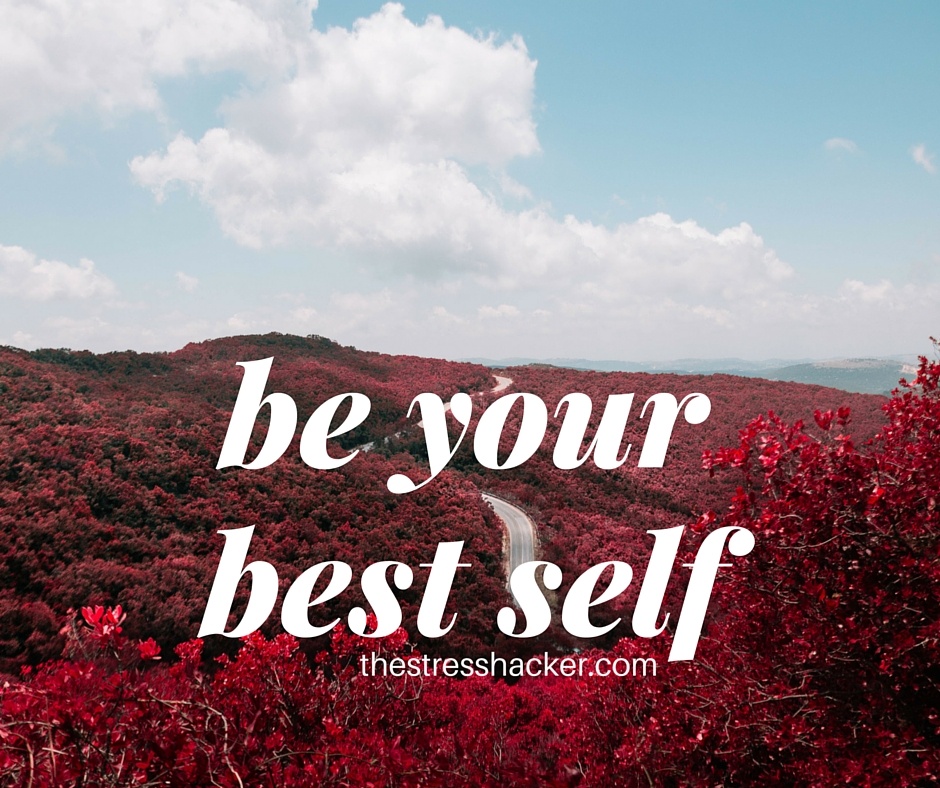 If you’re one of those rare people who was never shouted at or nagged by your parents, you are truly blessed! For the rest of us it pretty much goes with the territory of having parents and even being one.

This means there’s a part of your brain that holds all the recordings of things your parents and significant carers said or did to you. Only trouble is today you probably think these negatives are coming from you.

Whilst the above list is pretty universal, your individual parent part is specific and personal to you. Have you wondered why, without warning you can suddenly morph into some unrecognisable version of you? And find yourself shouting, nagging or demanding?

Have you ever wondered ‘where you’re coming from’?

If you’re lucky you may have a glimmer of reason from the adult part of you who thinks eh? What happened there, why did I suddenly flip! If you stay in the parent part you’ll just justify your behaviour. But if you dislike feeling like that and would prefer to be calm, rational and ‘adult’ the following exercise will help you to recognise the behaviours of this part sufficiently to avoid them in the future.

In your journal write the heading The Parent Part: –

Now scribble down as many messages as you can remember receiving from your parents when you were growing up. We’re only looking for the negatives here because obviously what isn’t broke doesn’t need fixing!

These messages make up your early programming, so if for example your mother tended to be meek and passive but your father had an explosive temper and shouted a lot, your list will look something like this. 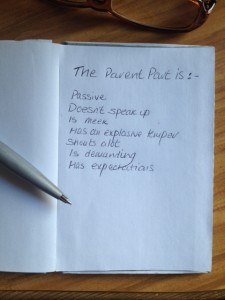 Mixed up isn’t it! You can see that it isn’t always easy to understand what makes you tick. However by making an exhaustive list of your parent part messages you start to understand your programming and as a result stand more chance of being able to choose a different way of responding in the future.

So many people feel beaten up psychologically and lack self love and self-confidence. I believe one of the reasons for this, is due to old programming. Naturally unless you’re introduced to this way of working you would have no way of separating out some of the negative messages in the back of your mind. Once you’re able to allocate this thought process and that behaviour to the parent or child part, you’re free to build on the ‘adult’ aspect of you and be the person you feel you’re really meant to be.

If your ‘parent part’ shouts a lot and is also passive and meek as in the example above, what would the opposite of these behaviours be? Reasonable, rational, assertive? So your adult part might start to look like this. 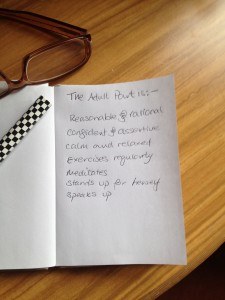 Remember in an earlier blog I said the Adult is the only place where we can set goals? You may not be being assertive, relaxed, confident and calm just yet but it’s a goal and if you don’t have a goal you can’t get there!

Until next time enjoy working out where you’re coming from!